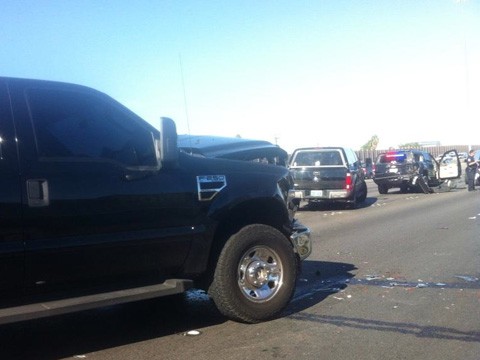 Senator Harry Reid was transported to the hospital after his caravan was involved in a six-car crash, the AP reports: 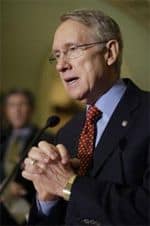 The freeway runs parallel to the Las Vegas Strip.

Reid's caravan of four vehicles was traveling northbound on Interstate 15 when it was invovled in a crash with another civilian vehicle, according to the highway patrol's public information officer Loy Hixson.

One more shot of the accident here.