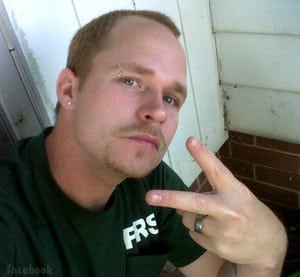 Who could have predicted that 7-year old beauty contestant Alana and her family would use their televisual platform to celebrate LGBT inclusion, as they have with Alana Boo Boo's openly gay "Uncle Poodle," Lee Thompson?

Now Thompson himself is speaking out, and his remarks are actually quite profound.

In an interview with the Georgia Voice last week, Thompson, 29, first explains the origins of "Uncle Poodle," telling the paper it all started with Boo Boo's pageant coach.

"We were at practice one day, getting ready for a pageant. Her coach was talking about her gay friends, and she said, ‘I love all my poodles.’ Alana thought she was really talking about dogs. She wanted to know how many poodles she had, and what were their names,” Thompson said in his sit-down with Topher Payne. “And I said, ‘No, Alana, she’s talking about gay people.’ Well, that did it. All gay people are poodles to her now, and I’m her number one poodle.” Boo Boo would then use the p-word to describe Anderson Cooper, who was at that point about a month away from officially coming out.

Thompson later discussed how he and long-time boyfriend Josh married in August, surrounded by friends and family, something many may assume would cause a stir in the deep south. It didn't. Not in Midgeville, at least, and Thompson says all the acceptance he has experienced comes from the fact that he accepts himself.

"I’m gay, but I’m as redneck as I can get," he says. "f you want people to accept you, you have to show you don’t have a problem with yourself and just be up front about who you are. If you do, you earn people’s respect. If everybody would just go on and do that, ignorant people couldn’t cause so many problems. I know this is how I was born and I don’t need to explain it to anybody. I live my life for who I am. That’s why ‘Born This Way’ is gonna be my next tattoo."

Uncle Poodle isn't the only LGBT person on a Georgia-based reality show. AMC's Small Town Security, which takes place in Ringgold, Georgia, features Dennis Croft, a transgender man who is the force's Lieutenant and another example of how being open and honest about ourselves can help open other people's minds and hearts.