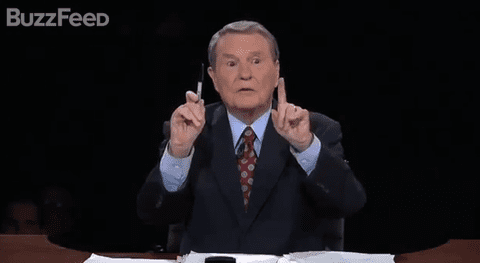 Mitt Romney was all about dominating the presidential debate stage last night, even if that meant talking over, cutting off and generally ignoring moderator Jim Lehrer.

In case you missed them, or want to relive Romney’s rudeness, BuzzFeed has put together a reel of Romney steamrolling Lehrer, a move that was especially insulting since Romney basically told Lehrer he will eliminate PBS and thus the legendary journalist’s job.