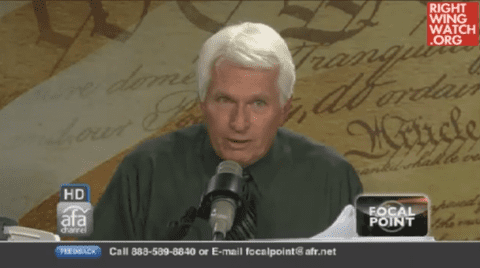 Fischer bases his claim on a remark Signorile made to a Romney supporter during a heated pre-election debate. Signorile said suicide would be “much easier than waiting for the slow, painful death that Mitt Romney will bring you.” He apologized for the remark the next day, yet Fischer still twists the facts into a completely illogical argument that does nothing but prove the lengths to which some people will go to rationalize their own hate.

Watch video of Fischer’s comments, via Right Wing Watch, AFTER THE JUMP.