The remark itself caused an immediate flurry on Macke's Facebook page, with friends and fans alike wagging a finger at the anchor, criticism that only strengthened Macke's resolve. "I'm sorry," she wrote to one critic. "I should have said antagonistic."

Macke may have found it funny at the time, but she changed her tune yesterday after GLAAD, Equality Ohio other LGBT rights groups brought national attention and shame to both Macke and her bosses at Fox 19. And, yes, both have offered contrition.

Following a note from management on Fox 19's Facebook page in which they apologized for Macke's remarks, the reporter herself called the comments "insensitive and inappropriate." She went on, "I apologize to Ms. Maddow and any others who may have been offended by my comments, as they do not reflect my firm beliefs in individual and equal rights, and they certainly do not represent the opinions or position of my employer WXIX-TV."

No word on whether Maddow has accepted the apology or even cares.

I've included a screenshot of Macke's anti-Maddow Facebook feed AFTER THE JUMP. 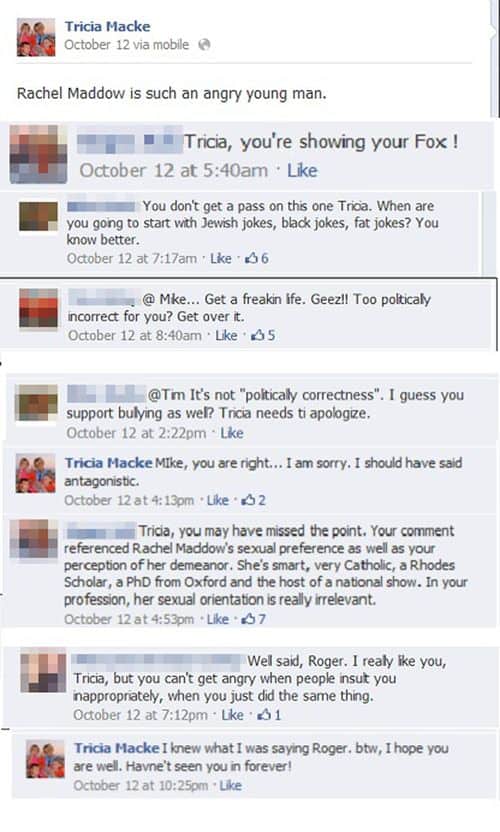