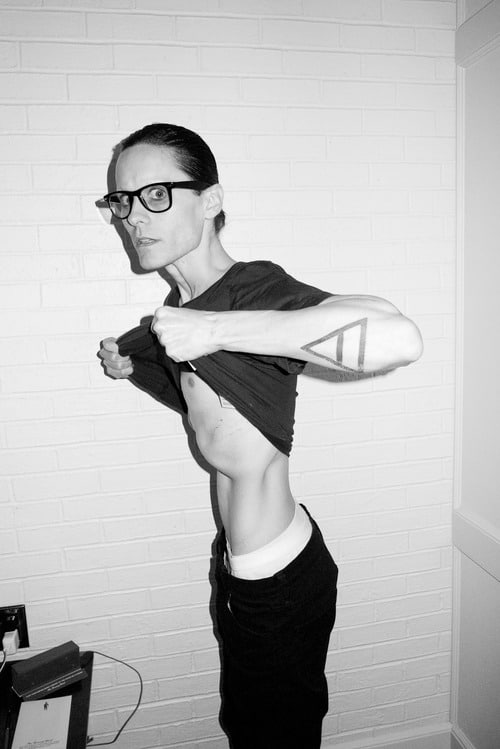 Jared Leto is playing a transsexual in his new film The Dallas Buyers Club.

Leto recently spoke to ET about the project:

In Dallas Buyers Club, Leto plays a transsexual named Rayon and tells ET the process of transforming into her has been life changing. "It's a lot of work to be a pretty little girl. I have a newfound respect for women in general," he said at The IFP Gotham Independent Film Awards.

"I waxed my entire body, including my eyebrows. I've lost a lot of weight because I'm playing a young person with AIDS. It's been challenging but really inspiring too." Leto told me that it was the opportunity to tell this story that lured him back to acting.

"I haven't made a movie in 5 years. I thought it was a beautifully written script [and] a wonderful character, who I just fell in love with. I figured if I was going to come back and act again, this was the one to do it."

The movie also stars Matthew McConaughey, who has also lost much weight for the film. Here's its synopsis on IMDB:

Loosely based on the true-life tale of Ron Woodroof, a drug taking, women loving, homophobic man who, in 1986 was diagnosed with full blown HIV/AIDS and given thirty days to live. He started taking the Food and Drug Administration (FDA) approved AZT, the only legal drug available in the U.S, which brought him to the brink of death. To survive, he smuggled non-toxic, anti-viral medications from all over the world, but yet still illegal in the U.S. Other AIDS patients sought out his medications forgoing hospitals, doctors and AZT. With the help of his Doctor, Eve Saks and a fellow patient, Rayon, Ron unintentionally created the Dallas Buyers Club, the first of dozens which would form around the country, providing its paying members with these alternative treatments. The clubs, growing in numbers and clientele, were brought to the attention of the FDA and pharmaceutical companies which waged an all out war on Ron. "DBC" follows Ron Woodroof's personal fight to survive which lasted 2191 days when he died on September 12, 1992, six years after he was diagnosed with the HIV virus.

Previous Post: « Towleroad Guide to the Tube #1256
Next Post: Illinois Legislature May Vote on Marriage Equality Bill in January »