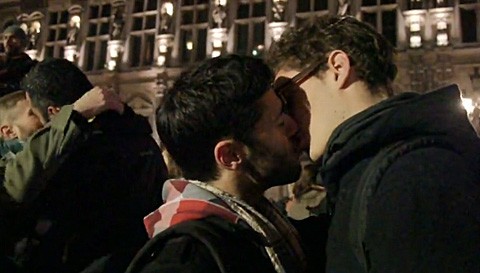 Videographer Morgane Thibault sent us this video she shot of a massive kiss-in held last night in front of the Hôtel de Ville in Paris. The Hôtel de Ville is the building housing the City of Paris's administration

This is a video I shot last night in Paris while LGBT people were kissing in front of Hotel de Ville, to show support for the "marriage for all" bill which would extend marriage rights and adoption rights to homosexual couples. The bill is being harshly debated by a very aggressive right wing, which has prompted LGBT groups to show support in various ways including this symbolic action (a nod to the famous "Baiser de l'hotel de ville" photograph by Robert Doisneau)

One woman even brought her gay dog to observe the lip-locking. 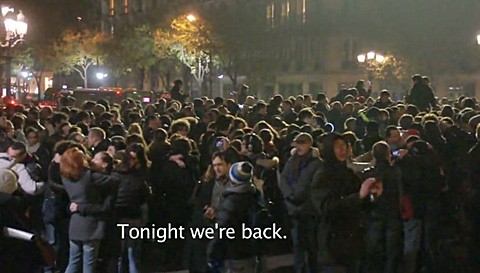