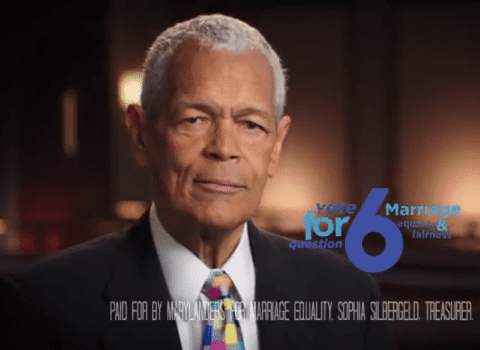 Marylanders United for Marriage Equality released their final ad before next week’s (!) election. President Obama, Bill Clinton and even Julian Bond, former chairman of the NAACP, are all featured as the narrator lays out the broad religious, political and social support for Question 6, the measure that could legalize marriage equality there.

“It’s about fairness, treating everyone equal under the law, and who could be against that?” the narrator asks. We’ll know the answer after votes are counted next week. Until then, watch the ad, called “Maryland, It’s Time,” AFTER THE JUMP.