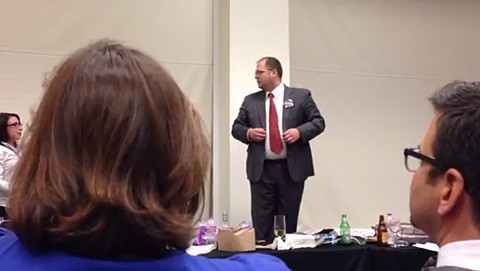 At 1:45 a.m., Campaign Manager Richard Carlbom of Minnesotans United for All Families announced to campaign staff and board members that the vote on the proposed constitutional amendment to ban same-sex marriage in Minnesota was too close to call. As he was about to end his remarks and tell everyone to get some sleep, the news came that the Associated Press had confirmed the defeat of the amendment.