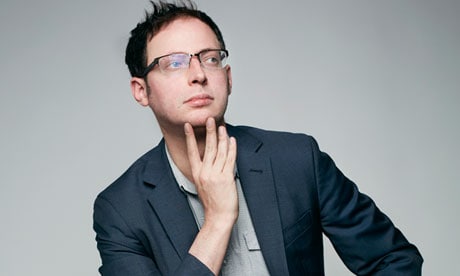 From a profile in The Guardian:

It turns out that what he calls his "dorkiness" is actually the secret to his powers. "I've always felt like something of an outsider. I've always had friends, but I've always come from an outside point of view. I think that's important. If you grow up gay, or in a household that's agnostic, when most people are religious, then from the get-go, you are saying that there are things that the majority of society believes that I don't believe."