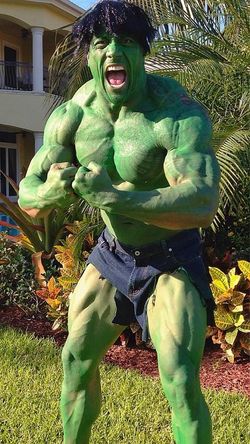 The Rock dressed up as "The People's Hulk" for Halloween, so the 1% better not make him angry.

Face it, gullibility is charming.

Hurricane Sandy may have permanently altered Fire Island's geography: Predicting "dramatic changes" to the island’s geography, [Fire Island National Seashore superintendent Chris Soller] mentioned
several breaches on the far eastern end of the island, with one so deep
that it could effectively divide Fire Island into two separate islands."

Always classy, Chris Brown attended a Halloween party thrown by Rihanna, a former girlfriend he abused, while dressed as a member of the Taliban, a group that wants to keep women barefoot, pregnant and uneducated.

Amtrak will hopefully have limited service between NYC and parts of New Jersey tomorrow.

Eric Bodenweiser, a 53-year old member of the Delaware Family Policy
Council and GOP candidate for that state's senate, was indicted this
week on multiple charges stemming from allegations that he sexually abused a boy from 1987 until 1990, when the boy was 10-13.

This is potentially good news: "Scientists at the Scripps Research Institute in California successfully
tested the methamphetamine vaccine on rats. When given meth, the
vaccinated critters showed few signs of intoxication."

On gay fathers on television: "Thinking about the latest crop of gay dads on television I can’t help
but recall a popular chant from the Act Up demonstrations whenever
someone was arrested or harassed: 'The whole world is watching! The
whole world is watching!' The irony is that, too often, the world wasn’t
watching then. But now, thanks to these primetime characters, people
are definitely watching. They just aren’t seeing much of the truth."

Sandra Bullock and son Louis are potentially the cutest Halloween in Hollywood couple. 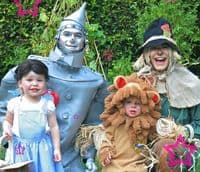 Uh-oh. Sorry, Sandy and Louie, but Neil Patrick Harris and David Burtka and their twins may actually be the cutest costume winners!

The Kardashian clan dressed up as the Bat family for Halloween.

Is Helena Bomham Carter in costume?

The Seattle Times definitely does not approve of anti-gay marriage commercials that claim passing Resolution 74 and legalizing marriage equality will force homosexuality onto school curricula. "R-74 is about a legal covenant of marriage for loving couples and their families. Ignore the shameless scare tactics. Approve R-74," the editorial board wrote in an op-ed called "Anti-Referendum 74 school ad is shameless".

Dan Evans, the GOP governor of Washington State from 1965 to 1977 and a U.S. Senator from 1983 until 1989, came out for Referendum 74. "[The Referendum allowing marriage equality] just seems right and reflects the fundamental value of fairness that we treasure here in Washington," he said. 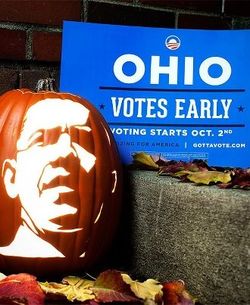 Washington Post's The Fix on Ohio: "After reviewing all of the available public polling data as well as
talking to operatives in both parties about the private polls they are
privy to, we are convinced that Ohio is a 1-3 point race in President
Obama’s favor at the moment."

If you're interested, you can travel to Ohio to stump for Mr. Obama.