Info: Some NYC poll sites relocated due to Hurricane Sandy. 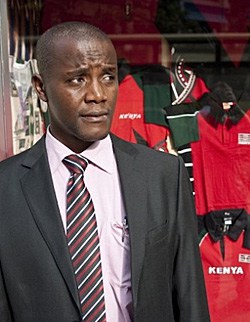 Kenya’s first openly gay candidate David Kuria Mbote discusses run for senate seat: “They call me the candidate with issues. They don’t say I’m gay, they say I have issues. At the beginning I was worried people would see me only as gay, but after 30 or so public meetings, people are willing to listen. Whether they vote for me is another story, but at least they are listening.”

Four ways the Ohio GOP Secretary of State is trying to swing the election for Romney.

Daniel Radcliffe explains the power of his horns: "The nature of the horns means that any time I meet somebody, they end up telling me their deepest, darkest revelations." 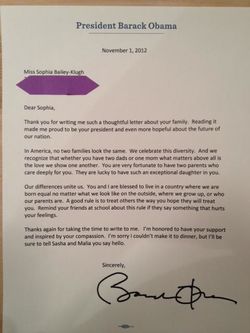 Skyfall breaks UK box office record:
"The latest James Bond film, Skyfall, is on course to be the series'
highest-grossing film so far after breaking the UK seven-day box-office
record and posting $287m (£180m) in its first 10 days across the globe."

Marc Jacobs flooded out of his home by Hurricane Sandy.

Toddler fatally attacked by wild African dogs after falling into zoo enclosure in Pittsburgh."Lieutenant Kevin Kraus of the Pittsburgh police said the attack happened at about 11.45am local time on Sunday after the mother picked the child up and put him on top of a railing at the edge of a viewing deck. 'Almost immediately after that he lost his balance, fell down off the railing into the pit, and he was immediately attacked by 11 dogs,' Kraus said. 'It was very horrific.'"

Man mauled to death by captive grizzly bear in Montana. "The man was mauled by one or both of the captive-bred grizzly bears at the Animals of Montana facility north of Bozeman, Sheriff Brian Gootkin said." 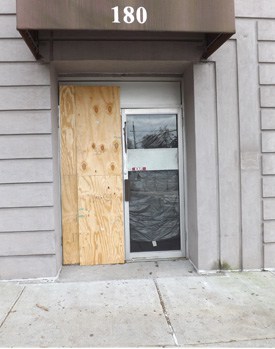 NYC's flood map fails Bailey-Holt AIDS residence. "The residence director had left for the day, but came back when the flooding began. She had to wade through waist-deep water to get into the building. The water burst through an emergency exit flooding the ground floor administrative offices. It poured into and filled the basement. 'The river came rushing through,' Quattrochi said. 'She and some of the staff had to get down to get some of the important stuff up.' The power had already been cut so the 37 clients who were still in the residence and the half-dozen staff members were left without a functioning elevator and no working kitchen."

Frank Rich on the election, the Obama-Christie bromance, and Hurricane Sandy:" The contrast in this odd couple’s race and body types alone seemed liked a Hollywood casting director’s dream, and the ravaged seaside setting could not have been more romantic. These are just the kind of bipartisan tableaus that are said (by establishment pundits and the self-styled “centrists” of Morning Joe at least) to warm the hearts of independents. And even when Christie clarified on Sunday that he was still voting for Romney, he managed to turn it into another warm endorsement of Obama’s leadership."

Previous Post: « If You’re Gay and Voting for Mitt Romney: VIDEO
Next Post: Towleroad Guide to the Tube #1243 »