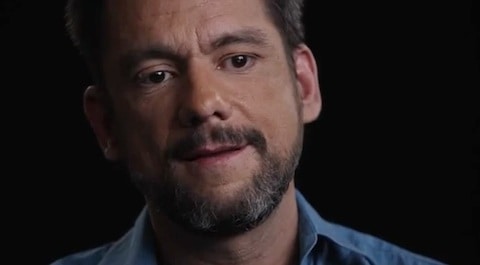 Spencer Cox, the pivotal AIDS activist who co-founded ACT-UP and TAG (Treatment Action Group) and was featured in David France's recent documentary How to Survive a Plague, has died at Columbia Presbyterian of AIDS related causes, France writes in a note:

As a very young man fresh from Bennington, where he studied Theater and English Literature, he arrived in NYC after finishing just 3 years. He was diagnosed with HIV soon thereafter. By 1989, at age 20, he had become spokesman for ACT UP during its zenith through the early 90s. A member of its renowned Treatment & Data committee, and later co-founder of TAG (the Treatment Action Group), he schooled himself in the basic science of AIDS and became something of an expert, a "citizen scientist" whose ideas were sought by working scientists. In the end, Spencer wrote the drug trial protocol which TAG proposed for testing the promising protease inhibitor drugs in 1995. Adopted by industry, it helped develop rapid and reliable answers about the power of those drugs, and led to their quick approval by the FDA.

Even before ACT UP, he began work for amfAR, first as a college intern, eventually going on staff as assistant to Director of Public Affairs, responsible for communications and policy. He left there to co-found the Community Research Initiative on AIDS (now the AIDS Community Research Initiative of America, ACRIA) with Dr. Joseph Sonnabend and Marisa Cardinale. At ACRIA, he ran public affairs and edited all publications.

From 1994 to 1999, he was Director of the HIV Project for TAG, where he did his groundbreaking work in drug trials designs. He designed the drug trial adopted in part by Abbott as they were developing Norvir, the first Protease Inhibitor to head into human trials. It had an "open standard-of-care arm," allowing people on the control arm to take any other anti-AIDS drugs their doctors prescribed, versus the arm taking any other anti-AIDS drugs plus Norvir. It was this study that showed a 50% drop in mortality in 6 months. Norvir was approved in late 1995. Though the results were positive, the proposal sharply divided the community, many of whom thought it was cruel to withhold Norvir on the control arm. Spencer defended himself in a controversial BARON'S coverstory that made him, briefly, the most-hated AIDS activist in America. Ultimately he was vindicated.

Watch the final interview with Spencer Cox shot by David France for his moving documentary, AFTER THE JUMP…