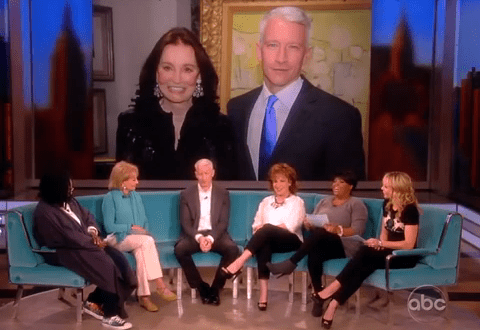 Anderson Cooper and the girls from ABC’s The View covered a whole host of topics during his brief visit to the morning show today. Among them: temporarily going blind in Portugal, what he tells his mother when he’s in dangerous, war-torn lands where they kill people, how he feels now that he’s come out and why he’s sweating another New Year’s Eve extravaganza with perennially controversial countdown host Kathy Griffin.

Watch the gals and Cooper gab it up AFTER THE JUMP.