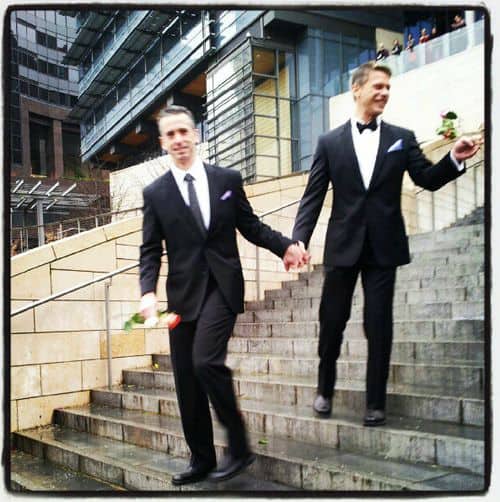 The moment has arrived: a decade after tying the knot in Canada, a marriage legally meaningless here in the States, author and activist Dan Savage wed Terry Miller in Washington State. And Twitter user kateleroux was there to capture the moment.

So, what now? According to Savage’s Twitter, “It’s time to consumate this thing.” Right on.