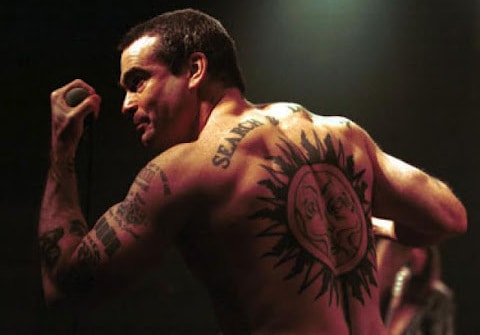 In a post called "Gay Marriage is Punk Rock" at LA Weekly, former Black Flag frontman and perennial ally Henry Rollins celebrates marriage equality in Washington State and wonders when we'll finally be able to just call same-sex nuptials what they are: "marriage," no prefix, no suffix, no "othering."

Marriage equality is a term so ridiculous on its face that when you hear
it mentioned, you would think you were in Riyadh. Years from now,
perhaps we can lose the equality part, the same-sex part and call it
what it is — marriage. As much as the homophobes, an ever-thinning
herd, whines and screeches, the earth is shifting underneath their feet
and things are getting better all the time. This is going to be an
incredible century. Didn't get off to a very good start but we are
making some bold and exciting strides forward.

Rollins even predicts that there will come a day when there are no gay pride marches, writing, "One day, there will be no gay-pride parades because there simply won't
be a need for them. Years from now, those who marched will be seen as
heroic."