OUT Editor Aaron Hicklin delivers an engaging profile of Nate Silver, whom the magazine has named its 'Person of the Year'. Over drinks, Silver goes in depth with Hicklin about his critics, about how he became so good at being a stats geek (perspiration), what his plans are for the future, and his sexuality: 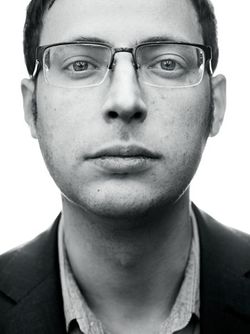 “To my friends, I’m kind of sexually gay but ethnically straight,” explains Silver, who came out to his parents after spending a year in London studying economics—“I don’t know how I got any work done”—and considers gay conformity as perfidious as straight conformity. He supports marriage equality, but worries that growing acceptance of gays will dent our capacity to question broader injustice.

He recalls a series of flagpoles in Boystown in Chicago memorializing various gay Americans. “There was one little plaque for Keith Haring, and it was, like, ‘Keith Haring, gay American artist, 1962 to 1981,’ or whatever [actually 1958 to 1990], and I was like, Why isn’t he just an American artist? I don’t want to be Nate Silver, gay statistician, any more than I want to be known as a white, half-Jewish statistician who lives in New York.”

Nate Silver: Person of the Year [out]

Incidentally, Silver spoke out about his sexuality for the first time earlier this year, so, though technically out, he made our big list of the '50 Most Powerful Coming Outs' because he decided to talk about it.