For the first time, Notre Dame says it will officially recognize a student organization providing services and support to LGBT students and allies, The Observer reports: 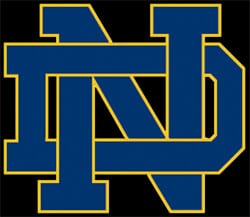 Though this is a historic decision in Notre Dame’s efforts to better serve a diverse student body, University President Fr. John Jenkins said the plan for the unnamed student organization is a natural progression of previous initiatives. “In the 1990s, as I said, we created the Standing Committee [on Gay and Lesbian Student Needs]. In 2006, that was changed to the Core Council [for Gay, Lesbian, Bisexual and Questioning Students], and various initiatives were undertaken in conjunction with those efforts,” he said. “I see this as the next step to be more effective.”

The announcement was made after a five-month review process by Erin Hoffmann Harding, vice president for Student Affairs:

The plan, titled “Beloved Friends and Allies: A Pastoral Plan for the Support and Holistic Development of GLBTQ and Heterosexual Students at the University of Notre Dame,” details the establishment of a “new support and service student organization for GLBTQ students and their allies,” as well as a new advisory committee and the establishment of a full-time student development staff position focused on GLBTQ issues, according to a Dec. 5 University press release.

Harding said members of the Notre Dame community should consider more than the establishment of the student organization when evaluating the plan.

“The comprehensiveness of this not only being about the organization is a very important element to the entire thing because of the education, because of the awareness, because of the support and interaction with other University offices, we think this is a plan that we believe and hope will be much more than about one organization,” she said.
Harding explained the significance of the planned group’s intended status as a student organization rather than a club, a distinction she said is meant to ensure the continuity of the organization over time.