In a private letter to Lance Price, executive director of the Kaleidoscope Trust, an NGO based in the UK which campaigns globally for gay/LGBT rights and diversity, Trinidad and Tobago Prime Minister Kamla Persad-Bissessar promised to end discrimination against LGBT people in national policy, the Guardian reports: 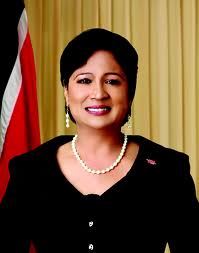 The PM’s letter to Price was in response to one he wrote to her complaining about T&T’s immigration law and the Sexual Offences Act, which he said discriminated against homosexuals.

Price met Persad-Bissessar when he visited T&T for an International Press Institute (IPI) conference in June, at which the PM spoke. He wrote to her in July expressing concern about the stigmatisation of homosexuality in T&T.

Section 8 of the Immigration Act bars entry to homosexuals, describing them as a “prohibited class.”

Colin Robinson, head of Coalition Advocating for the Inclusion of Sexual Orientation, said the promises made by the PM in her letter are unprecedented:

Robinson said he did not think a male politician could have done that because of masculinity and other issues. “It’s something about a woman that makes it possible, her maternal instinct, her style of leadership,”

Told bringing gay-rights legislation might cause opposition to Persad-Bissessar, Robinson said: “I don’t know when advocating human rights has marred the leadership of historic leaders. I hope she will be remembered as a brave Caribbean prime minister who acted for justice.”