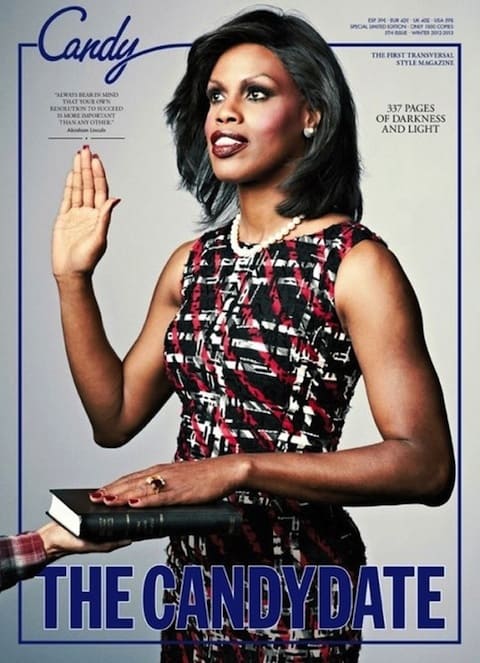 Model Connie Fleming is Michelle Obama for the cover of the transversal style magazine Candy. 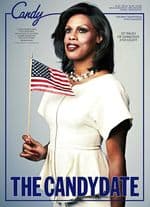 I especially love the cover story, which for the first time isn't a super-popular star, but a fabulous, beautiful black transwoman channeling a politician who looks pretty much like Michelle Obama. I remember back in early 2007 when the Democratic Party’s nominees were narrowed down between two "controversial" stereotypes never before seen for presidency: a black man, Barack Obama; and a woman, Hillary Rodham Clinton. At that time, I thought, 'when will the time come when these archaic walls break down and the White House will be occupied by, for example, a black, transsexual woman?' At that moment I decided someday I would toy with this idea on one of my covers of Candy. Connie Fleming is the model and she's done a fabulous performance, photographed by Danielle Levitt and styled by Brad Goreski.