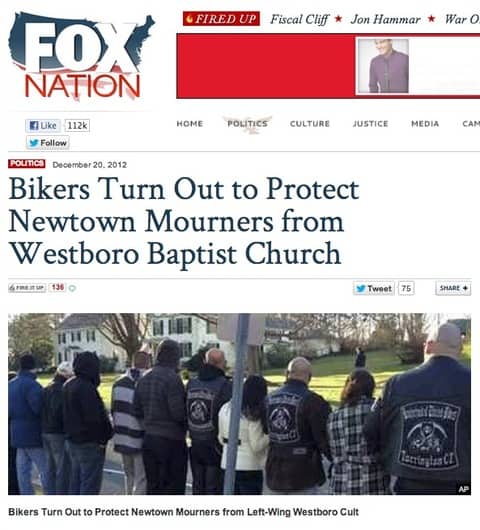 Fox Nation, a Fox News spin-off site self-described as “a new community where all Americans are encouraged to share, discuss, and debate,” last week featured a story in which Westboro Baptist Church, the fringe congregation universally loathed for spreading its vile “God Hates Fags” lies at high-profile funerals, including those for students murdered in the Sandy Hook shooting, is described as a “left-wing cult.”

This Fox Nation is a truly scary place, and while it doesn’t exist in our reality, many of its followers have crossed over to our realm.