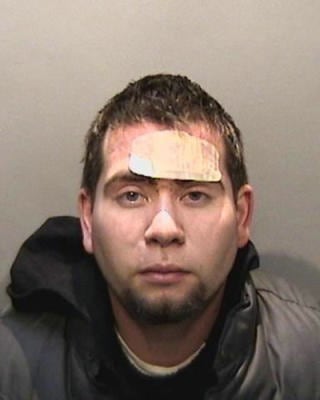 A 23-year-old Southern California man has been charged after tagging buildings and a tree on the UC Berkeley Campus with anti-gay graffiti, the Oakland Tribune reports:

Anthony Garcia of Huntington Park was booked on a hate crime charge after officers caught him following a foot chase on Saturday night. During the chase, police said Garcia fell and cut his forehead. Garcia is not enrolled as a student at UC Berkeley, police said. Police said Garcia, and another suspect who got away, spray painted the graffiti on La Ka Shing Center for Biomedical Sciences, Mulford Hall and a campus tree.