The Defense of Marriage Act (DOMA) may be the greatest barrier to gay-inclusive immigration reform, but that doesn't mean that Congress and the President cannot get together and score a victory for gay equality while fixing a broken immigration regime that is full of too much discretion, too many perverse incentives, and just the wrong amount of cacophonous nonsense. 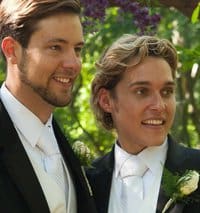 DOMA, which is being challenged at the Supreme Court in Windsor v. United States, prevents U.S. citizens who are legally married to foreign nationals of the same sex from sponsoring their spouses for visas, as in the case of Joshua Vandiver and Henry Velandia (right). Therefore, the odious and discriminatory law does violence to the family and to American society as a whole: It either rips loving families apart, putting financial, emotional, and practical strains on the marriage, or banishes the married couple to some foreign land more hospitable to gay rights, which deprives us of skills and cultural capital we so desperately need to compete in a modern economy. Joshua and Henry may have won a reprieve when the government agreed not to deport Henry, a Venezuelan, but countless gay couples have not bee so lucky.

But, the Uniting American Families Act (UAFA) has been proposed as a workaround. The UAFA would allow a gay U.S. citizen to sponsor his or her foreign national partner even without being in a state-recognized marriage. Domestic partnerships and civil unions, the only civil covenants available to hundreds of thousands of gay couples in this country, as well as constructive partnerships — loving and committed partnerships without official recognition — would be sufficient to begin the "spousal" visa process.

DOMA may be on the way out, but the UAFA goes beyond a simple end to DOMA because the UAFA extends sponsorship rights to non-married couples. It recognizes that not every loving and committed couple can get married regardless of sexual orientation.

AFTER THE JUMP, I offer some possible explanations for this omission and, after setting aside the knee-jerk reactions, I will argue that DOMA, its status as a litmus test for conservative bona fides among the right, and its currently uncertain status at the Supreme Court are complicating gay-inclusive immigration reform.

You can blame the UAFA's omission on Republican anti-gay hatred — Senators Marco Rubio, John McCain, and Lindsey Graham have made their anti-gay voices heard for years. In fact, Senator McCain already said that including protections for gay families would be a "red flag," which is little more than a euphemism for, "Hell no." You can blame the timidity of the Democrats — Senators Chuck Schumer, Dick Durbin, and Bob Menendez have all been gay rights supporters, but one could hardly call them vanguard leaders that take unpopular pro-gay positions because they know they're right. Senator Schumer, for example, waited until the junior senator from New York, the pioneering ally Kirsten Gillibrand, came out loudly for marriage freedom to make his own switch from civil unions to marriage. You can even blame the last election — both parties want immigration reform (the Democrats to deliver to a key constituency and the Republicans to try to prove they don't hate Latinos) and the art of getting things done is the art of the possible. 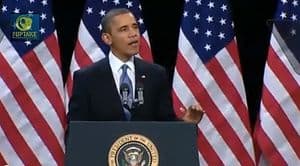 The one person you cannot blame is President Obama, who proposed a gay-inclusive immigration reform package.

But, despite the visceral anger some gay activists are directing at Senate Democrats for keeping the UAFA out of their immigration reform package, once we take a step back and think about the issue strategically, one of the following scenarios seem more likely: Either Democrats have a strategy to not just propose immigration reform, but to win a gay-inclusive immigration reform bill, or the uncertain constitutionality of DOMA has them waiting for DOMA's final demise to harmonize immigration law. Then again, they could be falsely equating the end of DOMA and the UAFA. Let's hope this last possibility is not the case.

Some facts: First, Senate leaders told various gay rights groups that Senator Patrick Leahy will offer the UAFA as an amendment in committee and several senators and representatives are on record as promising to include protections for gay binational couples in the final bill. Second, they had to have known that President Obama was going to propose a complete, gay-inclusive package. Third, as he has taken on a greater role in messaging for the Democratic agenda, Senator Schumer has shown a talent for enlisting alliances among interest groups to win popular support for the Democratic agenda. Fourth, the UAFA has been proposed and submitted before in both the House and Senate where it promptly went nowhere.

To throw in the UAFA without any additional groundwork would be as foolish as doing the same thing over and over again expecting a different result. And, it's even more important now that the UAFA passes: Democrats need to deliver to the active, monied, and influential gay community after the 2012 election. Plus, no one wants legislative protections for gay binational couples to rack up more losses on the tally; the more a bill fails, the less likely it will pass down the line. Most importantly, DOMA is up for consideration at the Supreme Court and an obvious 'no' vote on the UAFA could send an anti-gay message to the justices as they discuss the fate of DOMA.

Therefore, it is likely that cautious Democrats think that some additional work must be done before we can score a UAFA victory.

Immigration reform should be touted as being about security, love, and money: protecting our borders, keeping families together, and growing the American economy. There's nothing gay about that. Reform would not only help keep our families together, but those of poor migrant workers and those who were born elsewhere but whose children were born here. 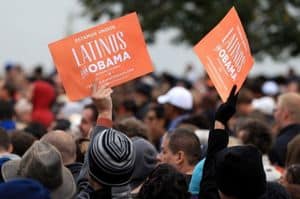 President Obama plans to take his immigration proposals to the American people, bypassing Republican knee-jerk opposition in Congress. That process of building support among the voters is essential for the fate of protections for gays families because the President will likely be able to leverage his election win and his staggering popularity to raise popular support for his plans. Will Republicans be willing to filibuster or vote down the very immigration reform proposals demanded by the growing Latino community simply because those reforms will keep gay families together? They'll bloviate and breathe fire on Fox News until pigs fly, but when the President comes back with polling data showing majority support for his immigration reform proposals, and overwhelming support from Latino groups, Republicans will lose. They can't not support immigration reform lest they lose Latino voters for the next fifty years.

There is also the possibility that some Democrats think that they can rely on the Supreme Court striking down DOMA to solve the problem of gay binational couples. If some people hold this view, we know they're wrong: The end of DOMA would only mean that legally married gay U.S. citizens could sponsor their foreign national spouses. It would not help those who can't get married. Nor would it clarify what to do when a couple is married, but lives in a state that doesn't recognize their union. Given this truth, and the fact that our strongest supports in Congress have already disabused anyone of this view, I find it hard to believe that ignorance is a motivating factor.

The most reasonable explanation is, like most explanations, a combination of the above. Conservatives' distaste for anything gay is part of the story; any immigration bill has to get some Republican support in the Senate and pass the Republican-dominated House. But, it's more than that. Republicans have falsely accused the President of failing to enforce DOMA, conflating failing to defend with failing to enforce. That means that they have taken the mantle of DOMA as a standard of conservatism. It would be hard for them to make a U-turn now.

The dubious fate of DOMA at the Court may also be complicating Democratic plans for reform. If a gay inclusive immigration reform package passes, the gay binational couple problem is solved. But, if DOMA remains on the books, it still bars federal recognition of state-sanctioned gay marriages for every other purpose. This kind of confusing labyrinth of laws — it applies here, but not there — is the stuff of anti-government humor and is needlessly complicated to enforce. Therefore, perhaps they think they can wait for DOMA to go down to pass a clean UAFA bill.

Every moment they wait, more families risk being torn apart. President Obama has proven again that he is a fierce ally of our community by making protections for gay families part of his immigration reform package. Senate Democrats have not abandoned us; rather, they are more likely making a strategic play to make sure they can score a victory for us. Take heart. And make sure to hold their feet to the fire.