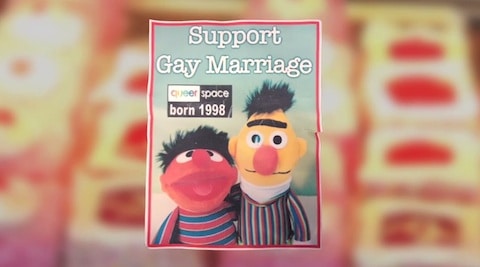 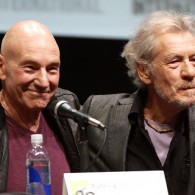 Actor Patrick Stewart (right, with Sir Ian McKellen) has voiced his support for Ashers Bakery in Northern Ireland which last month was found guilty of discrimination for refusing an order for a pro same-sex marriage cake (above), reports Pink News.

In July of last year, Ashers refused a request to make a cake with the slogan “Support Gay Marriage”.

Speaking on the BBC’s Newsnight on Wednesday, Stewart said:

“…I found myself on the side of the bakers.

“And I would support their rights to say no, this is personally offensive to my beliefs, I will not do it. But I feel bad that it cost them £600 or whatever…”

Ashers Bakery owners the McArthur family have announced they intend to appeal the ruling.

The appeal is to be funded by the Christian Institute which last year released a video in support of the McArthurs.