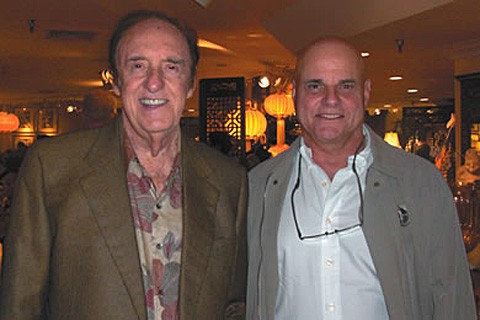 Actor Jim Nabors, who played 'Gomer Pyle' in the classic 60's sitcom of the same name, has come out of the closet after years of speculation, in an announcement that he married his partner of 38 years, Stan Cadwallader, in Seattle on Jan 15, Hawaii News Now reports: 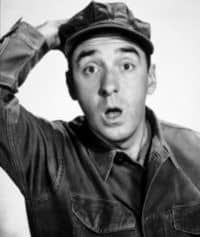 Nabors declined an on-camera interview but spoke to Hawaii News Now by phone.

"I'm 82 and he's in his 60s and so we've been together for 38 years and I'm not ashamed of people knowing, it's just that it was such a personal thing, I didn't tell anybody," Nabors said. "I'm very happy that I've had a partner of 38 years and I feel very blessed.  And, what can I tell you, I'm just very happy."

Nabors said he and Cadwallader traveled to Washington state, where gay marriages became legal in early December 2012. They were married at the Fairmont Olympic Hotel in Seattle.

A judge performed the marriage ceremony in the privacy of their hotel room with a couple of friends who live down the street from them near Diamond Head as witnesses, Nabors said.

Before they were married, Nabors said, "It's pretty obvious that we had no rights as a couple, yet when you've been together 38 years, I think something's got to happen there, you've got to solidify something.  And at my age, it's probably the best thing to do."

Nabors indicated that he plans to continue living a very private life and would not become a marriage activist.

Nabors was the subject of a longtime rumor that he had 'married' Rock Hudson. Hudson said that the urban legend was started by  "middle-aged homosexuals who live in Huntington Beach" who sent out a joke invitation to their marriage, which blew up into something that a few people started to take seriously. It reportedly damaged their relationship forever.

Watch the HNN report and interview with Nabors, AFTER THE JUMP…