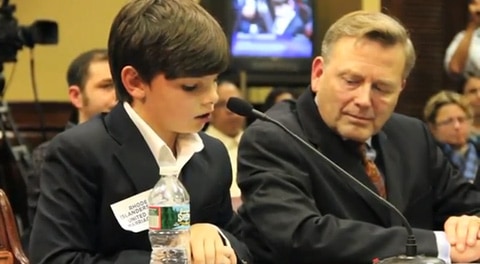 While the religious wingnuts outside in the Capitol… 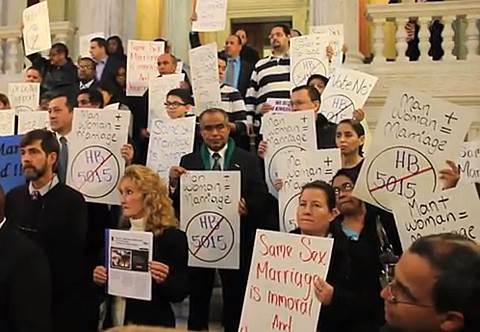 …are frothing, speaking in tongues, and practically having seizures because the kid's parents simply want to be married. 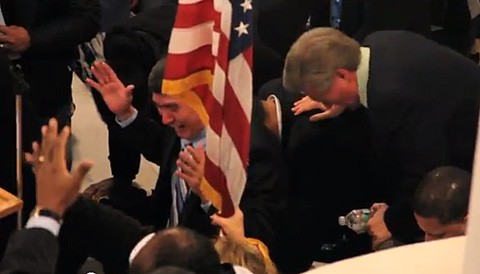 About 300 supporters and opponents signed up to address the legislative committee reviewing the bill — they were limited to 2 minutes each to keep the hearing from going all night — while hundreds more gathered in the hallways outside the hearing.

Downstairs, a raucous rally of gay-marriage opponents beneath the Statehouse rotunda at times drowned out those testifying in the third-floor committee room.

The Providence Journal reports: "The committee voted at the start of the meeting to hold the bill for further study. A vote to send it to the House floor could happen next week at the earliest, said House spokesman Larry Berman."