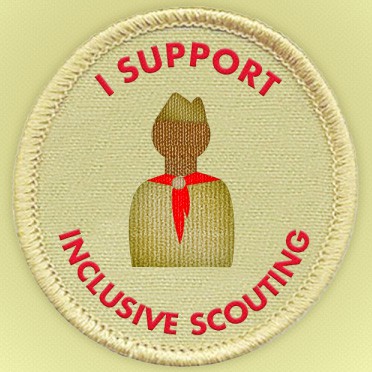 GLAAD reports that the Boy Scouts of America are set to get a huge delivery this morning.

On Monday, at 11:00 Central, Boy Scouts of America headquarters in Dallas will get a visit from ousted Boy Scout mom Jennifer Tyrrell, gay Eagle Scout Will Oliver, gay former Scoutmaster Greg Bourke, and Eric Andresen, father of a gay Scout denied his Eagle Award – and they'll be bringing with them the voices of more than a million Americans who want the BSA to end its ban on gay scouts and volunteers.

The national leaders of the Boy Scouts of America are gathered this week for to discuss an end to the organization’s discriminatory ban.

"Millions have been moved to speak out in favor of ending the anti-gay ban from across religions, race, and political backgrounds including current scouts and corporate sponsors," said GLAAD President Herndon Graddick. "While an end to the ban will strengthen scouting and stop the harm it caused to so many young gay people, the campaign for change will continue until the national policy is one where every young gay person is allowed to participate."

Today, the Family Research Council and other hate groups took out a full-page ad in USA Today urging the BSA to retain its anti-gay policies.

President Obama weighed in in a 60 Minutes interview that ran before the Super Bowl, saying that the Boy Scouts should allow gays to join its organization . Said Obama: "My attitude is that gays and lesbians should have access and opportunity the same way everybody else does, in every institution and walk of life."