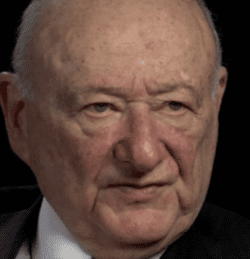 The New York Times revised its obituary of former NYC mayor Ed Koch after receiving criticism for excluding any mention of his controversial handling of the AIDs crisis in the 1980s.

Koch died of congestive heart failure yesterday at the age of 88.

The Times added three paragraphs about AIDS and also as a sentence about his sexuality.

The new additions are here:

Mr. Koch was also harshly criticized for what was called his slow, inadequate response to the AIDS crisis in the 1980s. Hundreds of New Yorkers were desperately ill and dying in a baffling public health emergency. Critics, especially in the gay community, accused him of being a closeted gay man reluctant to confront the crisis for fear of being exposed.

For years, Mr. Koch was upset and defensive about the criticism. In a 1994 interview with Adam Nagourney, a New York Times correspondent and co-author, with Dudley Clendinen, of “Out for Good: The Struggle to Build a Gay Rights Movement in America,” Mr. Koch said that New York had done more than San Francisco for people with AIDS. “But that never got through to the gay community,” Mr. Koch said. “They were brainwashed that they were getting shortchanged in New York City and in San Francisco they were getting everything. And it wasn’t true, but you could never convince them.”

The scandals and the scourges of crack cocaine, homelessness and AIDS were compounded by a widening rift between Mr. Koch and black New Yorkers. The mayor traced his contentious relationship with black leaders to his first-term decision to close Sydenham Hospital in Harlem, where, he said, the city was paying too much for inadequate care. He would regret the decision.

The full version is here.

Writer and filmmaker Dave France (director and co-writer of the Academy Award-nominated documentary How to Survive a Plague) has published a piece about Koch, a film the former mayor himself reviewed for the West Side Spirit.

Before he died, Koch recorded a segment for the Times' The Last Word obit video series. Watch his entry, which he begins by facing the camera asking "do you miss me?", AFTER THE JUMP.