Germany's top court made a historic ruling on Tuesday, the AP reports: 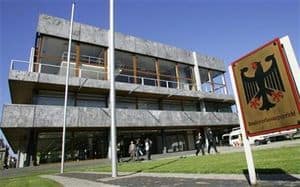 The Federal Constitutional Court ruled that one member of a civil partnership should be able to adopt the partner’s stepchild or adopted child. Until now, they could only adopt a partner’s biological child.

It ruled that same-sex couples could provide for a child as well as couples in a traditional marriage.

"In marriage as in a civil partnership, adoption provides the child with legal security and material advantages in terms of care, support and inheritance law," presiding judge Ferdinand Kirchof told the court.

The ruling followed a legal challenge from a woman who was forbidden from adopting a Bulgarian-born child whom her female partner had adopted.

Tuesday's decision does not alter legislation, however, which forbids same-sex couples jointly adopting a child. They may still only adopt the same child on an individual basis.

Previous Post: « The World’s First 3-D Printing Pen Lets You Draw in the Air: VIDEO
Next Post: Gay Wedding Video of the Day: Patrick and Sébastien »