And horse meat continues its stampede into the world's food system: 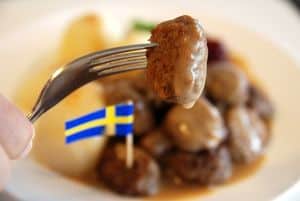 The Czech State Veterinary Administration said that horse meat was found in one-kilogram packs of frozen meatballs made in Sweden and shipped to the Czech Republic for sale in Ikea stores there. A total of 760 kilograms (1,675 pounds) of the meatballs were stopped from reaching the shelves.

However, the company's Swedish branch announced on its Facebook page that it won't sell or serve any meatballs at its stores in Sweden out of concern for "potential worries among our customers."