As I noted last week, the Illinois House Executive Committee will consider SB 10, or the Religious Freedom and Marriage Fairness Act, passed by the Senate last week, at 3 pm CST today. 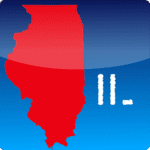 The committee vote is the next hurdle the bill must overcome on its path to becoming law and needs at least six votes there before it is cleared to hit the full House floor.

Advocates are expecting success in the committee, which comprises seven Democrats and four Republicans, but anticipate a tougher road to the 60 “yes” votes required to pass the measure in the full House.

The Illinois Senate passed the bill on Valentine's Day in a 34-21 vote.