Pope Benedict's dismay at an internal report on "various lobbies,
including a gay lobby," exercising "inappropriate influence" within the
Vatican, influenced his resignation, according to La Repubblica via the Irish Times: 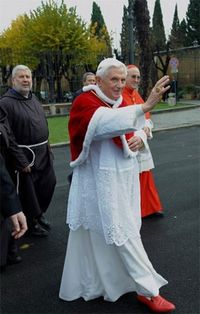 The newspaper suggests that such was Benedict’s dismay when presented with the details of the report on December 17th that it hardened his long-meditated decision to resign. The internal report prepared by Cardinals Julian Herranz, Josef Tomko and Salvatore De Giorgi had been commissioned by Benedict himself…

…In this morning's article, it is claimed that the cardinals reported that various lobbies within the Holy See were consistently breaking the sixth and seventh commandments, namely "thou shalt not steal" and "thou shalt not commit adultery".

Past reports begin to make sense in light of the news:

La Repubblica claims the cardinals' 300 page report speaks of "Impropriam Influentiam" on the part of various lobbies, some of them of a "worldly nature", reflecting an "outside influence". The Rome daily recalls the figure of papal gentleman, Angelo Balducci, accused three years ago of being a member of a gay ring active within the Vatican and involving choristers and seminarians.

Do you think the Vatican's gay lobby was responsible for this? 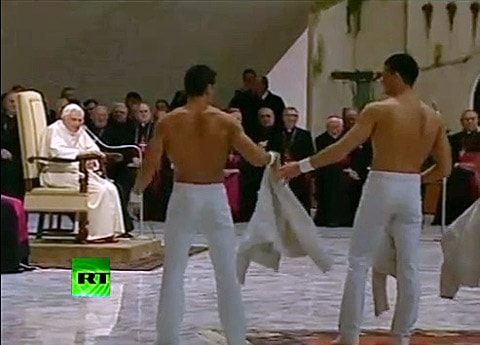