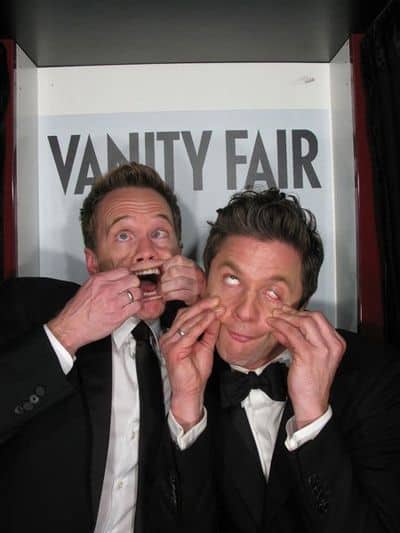 PHOTO OF THE DAY: NPH and his hubby give us a taste of the Oscar party fun.

With the Oscars just a few days away, everyone is trying to predict who will take home the little gold men on Sunday night. Nathaniel Rogers thinks that nothing can stop the Argo train and electoral master Nate Silver also feels things will go according to form. Yours truly however is hoping for a few Lincoln related upsets on Oscar night.

Also Adam Levine has fond memories of the first time he and Blake Shelton shared an intimate moment.

Time continues to prove that there is no end to Ann Coulter's insanity. The conservative wackjob recently told a room full of booing students in DC that gays can get married only if they marry someone of the opposite sex. Author Christopher West appeared on the Christian Broadcasting Network to claim that Satan is behind gay marriage in an attempt to ruin heterosexual sex. Something tells me heterosexual sex has been ruined for Mr. West for quite a while now. 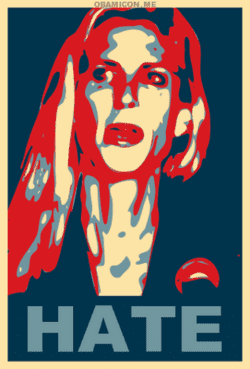 In what can only be described as dark ages style politics, lawmakers in Montana have recieved mailers about "the truth about homosexuals" as they weigh a bill intended to decriminalize homosexuality. Just crazy. Also the pastor from the anti-gay megachurch that Tim Tebow has wisely decided not to speak at is none too pleased about the quarterback's decision.

Lesbian money guru Suze Orman appeared on CNN today to discuss how the government's lack of recognition of same-sex couples is a financial detriment. Ecuadorean President elect Rafael Correa took a page out of President Obama's book and took a moment to address the LGBT community upon being elected. And the New Jersey legislature is planning on voting to override Chris Christie's veto of a potential gay marriage bill.

More Harlem Shake for your viewing pleasure! Check out the hotties from the University of Nebraska men's gymnastics team doing their best impression. And Mrs. Betty Bowers gets down with Christ.