Alt-folk singer Michelle Shocked is making headlines after reports she went on an anti-gay tirade during the second half of her show at San Francisco club Yoshi, Meow Online reports: 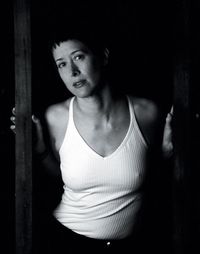 Michelle Shocked, known for living up to her surname, cleared out San Francisco club Yoshi’s last night, and shut down the venue, after she went on an anti-gay tirade, which she summed up by saying, ”You can go on Twitter and say ‘Michelle Shocked says God hates fags.’”

“Eerie foreshadowing at Michelle Shocked show,” Penfield said. “before the show she talked about how ‘people seem like your friends then they turn on you.’”

Her first set was “all cool. 2nd set, she got up went full hate speech,” he tweeted.

Video of the incident has yet to appear online.