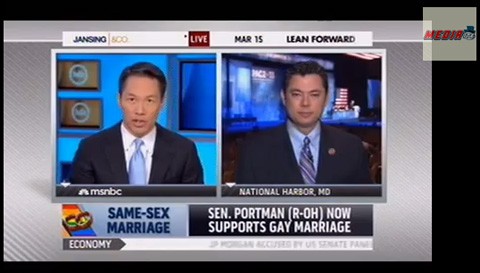 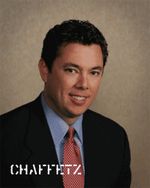 Said Chaffetz: “Anybody who knows Rob Portman knows that he is sincere he’s honest he cares about his family he’s passionate. I mean all of those positive things. And I know this is very heartfelt and he believes it. And gosh, more power to him. He believes really does this, and I respect him for it.”

When pressed on whether he’d make the same switch for his own child if he or she came out of the closet, Chaffetz indicated that he would not:

Chaffetz has been vocal in his opposition to marriage equality in the past. In 2009 he vowed to block D.C.’s marriage equality law from taking effect, saying, “Some things are worth fighting for, and this is one of them. It’s not something I can let go softly into the night. . . . I recognize the Democrats are in the majority, but I represent the majority of Americans on this issue.”