Dismiss anybody who tells you Chick-fil-A has turned over a new leaf. 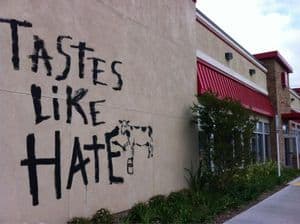 In 2011, the group actually gave even more to anti-LGBT causes. Its contribution to the Marriage & Family Foundation jumped to $2,896,438 and it gave the same amount to the Fellowship of Christian Athletes and National Christian Foundation as it had in 2010. In total, the anti-LGBT spending exceeded $3.6 million — almost double the $1.9 million from the year before.

The group gave nothing directly to Exodus International or FRC, but money made its way their through donations from the other groups that wouldn't have been possible without the WinShape donations.

In other words, 'Chikin' is more hateful than ever.