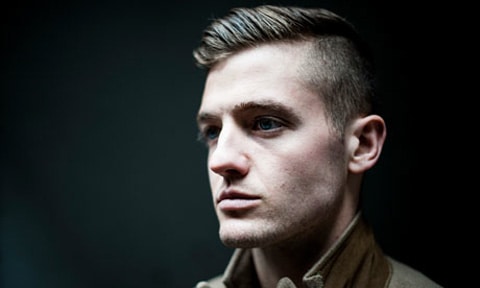 Footballer Robbie Rogers, who came out of the closet in February and announced his retirement from football, gives a lengthy interview to The Guardian's Donald McRae about how it felt to be a closeted footballer and what life was like for him then, and now. 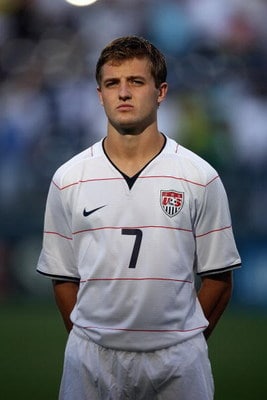 "I was just fearful. I was very fearful how my team-mates were going to react. Was it going to change them? Even though I'd still be the same person would it change the way they acted towards me – when we were in the dressing room or the bus?"

In all professional sport, dressing room "banter", in that euphemistic phrase, can be callous. "Especially football," Rogers stresses. How did he react when homophobic quips were made – even though his team-mates were oblivious to his sexuality? "There were different emotions. Sometimes I would feel bad for them. Sometimes I would laugh because it was kinda funny. And, sometimes, it got malicious.

"That was when I would get this awful feeling in my stomach. I would turn my head and try to chat about other things. They often don't mean what they say. It's that pack mentality – they're trying to get a laugh, they're trying to be the top guy. But it's brutal. It's like high school again – on steroids."

He's asked if he could face down the hate and abuse shown from fans in the stadiums as an out player:

"Sure," Rogers says. "I've thought about that. I might be strong enough but I don't know if that's really what I want. I'd just want to be a footballer. I wouldn't want to deal with the circus. Are people coming to see you because you're gay? Would I want to do interviews every day, where people are asking: 'So you're taking showers with guys – how's that?'

"If you're playing well it will be reported as: 'The gay footballer is playing well.' And if you have a bad game it'll be: 'Aw, that gay dude … he's struggling because he's gay.' Fuck it. I don't want to mess with that."

Watch part of the interview on video, AFTER THE JUMP…