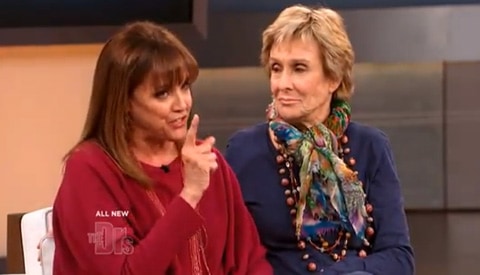 Valerie Harper, who last week announced that she has terminal brain cancer, is set to appear in her first television interview since the announcement, on an episode of The Doctors airing tomorrow, March 11.

During the interview, Valerie shares a poignant moment with her former cast mate from The Mary Tyler Moore Show Cloris Leachman, regarding her favorite moment working on the show together, and it was when the show made history as one of the first series to use the word "gay" on television.