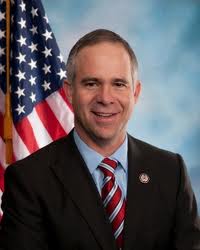 The legislation has two parts. The first states that the religious and moral beliefs of service members and military chaplains concerning human sexuality won’t be the basis of adverse personnel action or discrimination in the armed forces. The section section states chaplains may not be forced to perform a rite that is contradictory to their religious teachings, which would include same-sex marriages.

The second section states that a military base can’t be used for any marriage or marriage-like ceremony other than the union of one man, one woman.

Huelskamp is known for pushing anti-gay legislation in the House. Last year, on the same day that President Obama endorsed marriage equality, Huelskamp amended major funding legislation on the House floor to reaffirm the Defense of Marriage Act.