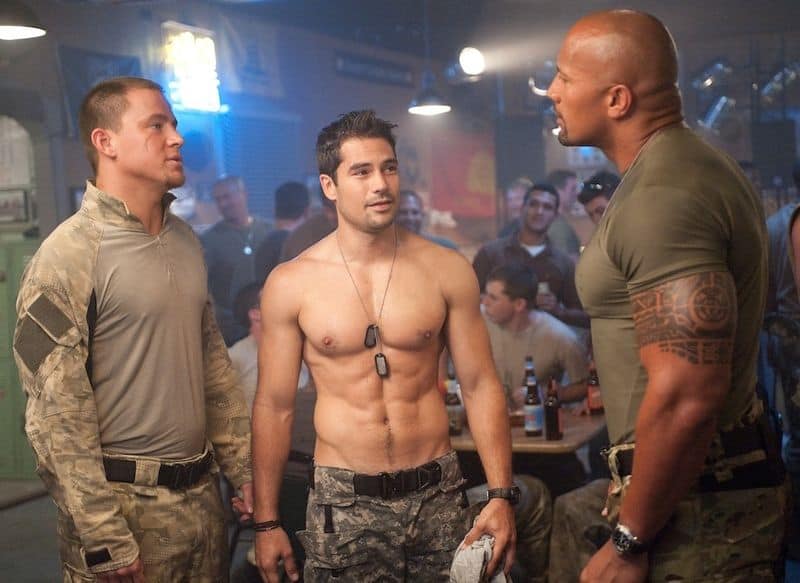 If you were one of the many people who helped catapult G.I. Joe: Retaliation to a $100 million worldwide dollar box office take this weekend, you probably don't remember the scene above. That's because the bar scene in which Channing Tatum, Dwayne Johnson and a shirtless D.J. Cotrona appear was cut from the final version of the film.

Director Jon M. Chu told me that the bar scene with Tatum, Cotrona, and Dwayne "The Rock" Johnson was cut and re-shot early last year — before the film's release date was pushed from June 2012 to this weekend — without Cotrona because it wasn't successfully conveying the warmth of the relationship between Tatum and Johnson's characters. "It was more plot-driven," Chu said. "It didn't set the tone right for movie. We wanted something a little more jokey." So out went Cotrona, and in went a scene of Tatum and Johnson bonding while playing a military videogame. With their shirts on.