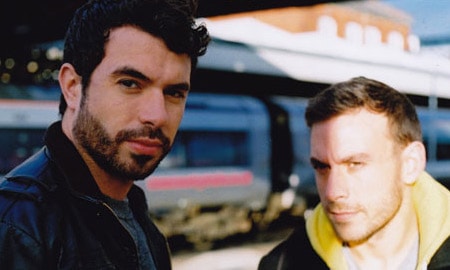 Tom Cullen, who won acclaim in Andrew Haigh's 2011 film weekend, will be joining Downton Abbey, according to Metro UK:

His character, who is tipped to be widow Lady Mary’s new love interest, is described as ‘an old family friend of the Crawleys who visits the family as a guest for a house party’.

But he may find himself a love rival in the form of dashing aristocrat Charles Blake, played by Smash star Julian Ovenden.

Other new additions to the cast include EastEnders star Nigel Harman, who is playing a valet named Green, and Dame Harriet Walter, who is taking the role of as Lady Shackleton, an old friend of the Dowager. Joanne David will make a guest appearance as the Duchess of Yeovil while Dame Kiri Te Kanawa will cameo as a soprano set to sing during her visit to the house.

Also returning will be Shirley MacLaine as Martha Levinson.