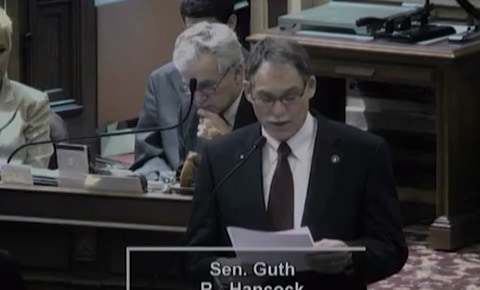 Republican Iowa State Senator Dennis Guth unleashed one of the most disgusting homophobic diatribes on the Senate floor yesterday, accusing the media of tricking the public into accepting gay relationships and claiming that they are a health risk to the general public. 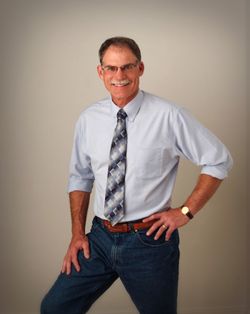 "The media, for the most part, has bamboozled us into thinking that having a relationship outside of the boundaries of monogamous, heterosexual marriage is positive, happy and fulfilling. Movies, television shows, articles and magazines abound with this theme, giving partial information to a vulnerable audience: our children."

“Just as there are multiple ways that your smoking hurts me, such as secondhand smoke, increased insurance costs, cost to society of days lost for poor health, so it is with same-sex relationships. There are health risks that my family incurs because of the increase in sexually transmitted infections that this lifestyle invites. For example there are more and more medical tests required before giving blood or giving birth.”

Guth said people should speak out against what they see as wrong:

"If I saw someone going the wrong way on a one-way street, I would make every effort to stop and redirect them."

Guth said his remarks were inspired by Focus on the Family's 'Day of Dialogue', a response to tomorrow's Day of Silence sponsored by GLSEN, in which students take a vow of silence to stand up against homophobia.

Guth cited the suicide of New York therapist Bob Bergeron in his remarks:

"Bob Bergeron was a happy-go-lucky homosexual therapist who at the peak of his career committed suicide this January. In a note found addressing homosexuality he said, 'it's a lie based on bad information.'"