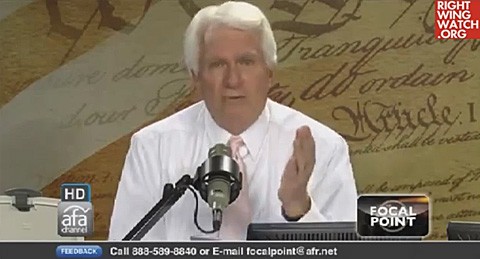 The American Family Association's lead spokeshater Bryan Fischer is outraged at Bill O'Reilly for his remarks that anti-gay activists are losing the marriage battle, particularly his designation of them as "Bible thumpers", Right Wing Watch reports.

O'Reilly made the remarks last week during the Supreme Court arguments on marriage and has been taking flack from it from conservative pundits like Laura Ingraham ever since.

"The implication is that we're a bunch of neanderthal, redneck, hillbilly Bible-bangers. That is essentially what he is saying we are … He's insulting us to our face"