On Thursday, the Louisiana State University paper The Dailly Reveille published a story on gays in football and asked several of its players what they thought of having an openly gay teammate, making this note:

The topic of openly gay athletes in football is so taboo, the LSU Athletic Department would not allow players to be asked questions on the topic before they were properly prepped for the interview. 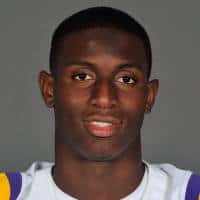 Well, apparently they didn't prep running back Alfred Blue, who said this:

“Football is supposed to be this violent sport — this aggressive sport that grown men are supposed to play. Ain’t no little boys out here between them lines. So if you gay, we look at you as a sissy. You know? Like, how you going to say you can do what we do and you want a man?”

So late Friday an apology from Blue was forthcoming:

I understand that my comments may have sounded insensitive to those who read the Reveille article on Friday. I in no way meant to belittle any person’s way of life and feel that everyone deserves a chance to become whatever they want to be. One of my comments that was left out of Friday’s article shows this. I told the reporter that if any person can help to contribute to the team, then that is the bottom line.

I apologize if anyone was hurt by my comments and also to everyone that I may have let down.

Previous Post: « Towleroad Talking Points: Manhunt in Boston
Next Post: Intense Video of the Firefight Before the Capture of the Second Bombing Suspect: WATCH »