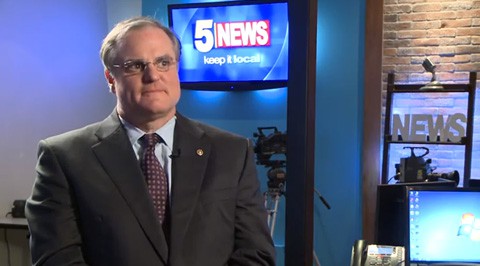 Last night I posted a quote from an upcoming 5News interview with Senator Mark Pryor (D-AR), one of the remaining three senate Democrats who hadn't shown his hand on the issue of marriage equality.

Here's more from that interview on his position on marriage equality:

"I would put me down in the undecided category. I did talk with some friends of mine in the gay and lesbian community over the last week or so. We talked about this issue. We also talked about a question I received in the office not too long ago where they asked whether being gay was a choice or whether you were born that way.  I told them, I said, 'Honestly I’ve never really thought a lot about that.' Maybe a lot of people think about that. I haven’t spent a lot of time thinking about that. But one of the things I hear from them is they feel very strongly that it’s not a choice for them, and I respect that. I’m not going to dispute that. I appreciate that, and I appreciate their honesty.  For a lot of these people they just really open their heart to me and talked about some of the struggles they’ve had over the years with their sexual orientation. I respect that and appreciate their patience, and I appreciate their honesty."

"This is one that is an evolving issue in Washington. I haven’t really analyzed this in terms of benefits and what that does for the federal budget…. I’m sure as the gay marriage decision goes to through the U.S. Supreme Court and all the ramifications for that over the next few months, we’ll spend some time on this."

There is a raw video of the interview online, but it currently has no sound.

Two other senate Dems, Tim Johnson (D-SD), and Joe Manchin (D-WV) are the last remaining to take a position.