Vladimir Putin wants to bring the hammer down on adoptions by foreign same-sex couples, RT reports: 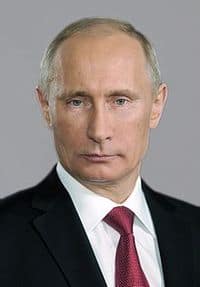 The government and the Supreme Court have reportedly been requested to come up with amendments to the law by July 1. Most likely the order will be fulfilled by the Ministry of Education and Science, which deals with issues concerning orphans and adoptions, according to Izvestia daily. But the ministry says it has not yet received instructions on the matter.

Tensions over the issue arose in mid-February, after the French National Assembly approved a sweeping bill to legalize gay marriage and allow same-sex couples to adopt children.

Soon after that children’s rights ombudsman Pavel Astakhov vowed he would do everything possible to ensure that Russian orphans are only adopted by traditional, heterosexual families.

The Russian Family Code does not allow same-sex marriage, making adoption by same sex-couples impossible. Adoption by unmarried individuals is technically possible; authorities do not require future parents to present proof of their sexual orientation.

Previous Post: « Powerful Open Letter to the Supreme Court from a Gay Couple with Three Adopted Kids: VIDEO
Next Post: Georgia GOP Chairwoman: Gay Marriage is ‘Unnatural’ and ‘It’s All About a Free Ride’ for Fraudsters »