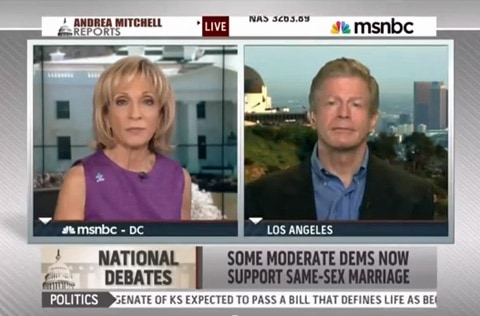 Former Romney advisor Stuart Stevens says his party is not a bunch of bigots because, well, a bunch of Democrats were recently against same-sex marriage too.

First, I think we have to say, 200 hours ago, Hillary Clinton hadn’t announced that she was for gay marriage. The 2008 Democratic platform that Barack Obama ran on was not for gay marriage. So I think it’s good to take a step back and look at where the country is on this and where people are thinking about it and looking into their hearts and coming to a decision. I think to try to divide this between political lines is really the wrong way to go. And it’s clearly not a party issue when you have Hillary Clinton following Rob Portman. I don’t think people are looking at it as an R and D issue.