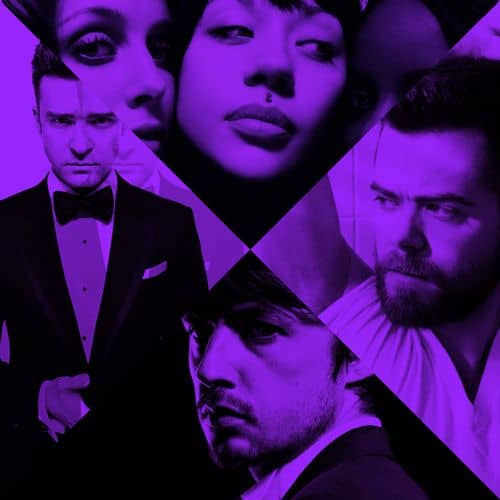 The original version of 'Entertainment,' the lead single from Phoenix's upcoming album, Bankrupt!, uses cheery synth riffs and a children's choir to mask the deep sadness buried in the song's lyrics. With this remix, rising star producer Blood Orange (née Devonté Hynes), strips the original of its chipper elements and lets the song's inherent sadness lay bare. Along with Phoenix's lead singer, Thomas Mars, Hynes has added vocals by MKS (that's Mutya, Keisha, & Siobhan, the original Sugababes), who have been working with Hynes on their upcoming, very highly anticipated album. The soft harmonies of MKS add a vamp element to the song's chorus, and the lazy, downbeat-ridden production–complete with a haunting guitar solo–emphasize Mars' yearning for solitude.

Scissor Sisters bandmember Derek "Del Marquis" Gruen posted a mixtape earlier this year, as a teaser for his LP, Cosmos, which released under the Slow Knights moniker earlier this week. The album itself is brilliant. Gruen teams up with several different artists like Xavier and Rod Thomas (of Bright Light, Bright Light) to create an 80's, funk, pop, house and R&B groove that is unlike anything else I've recently heard. It was hard to choose a favorite track to highlight on today's column but 'Legendary Children' does stand out track as it's the only song where Gruen himself provides the vocals. Of course, the title and lyrics appeal to the gay aesthetic (along with the quiet "work" refrains), but it's the song's beautiful production that truly draws one in.

Justin Timberlake – 'Let The Groove Get In (Krystal Klear Remix)'

'Let The Groove Get In' is my favorite track on Justin Timberlake's latest album, the 20/20 experience. The song's rousing brass section and addictive, repetitive chorus make it the album's only true dance moment. UK's Krystal Klear, hot off the heels of his critically acclaimed Sky Ferreria remix, takes a different route with this complementary remix. The producer and DJ strips the song of its aggressive elements creating a smooth, chilled out track that highlights Timberlake's R&B-styled crooning.

Du Tonc is the mastermind of UK's Mighty Mouse and Australia's Matt Van Schie (of Van She). 'Darkness' is their first release. Although the beautiful, tropical influenced modern disco track saw it's official release months ago, it has finally been given a music video treatment that the track so desperately called for. The video tells the story of a young girl struggling to find acceptance from her family due to her sexuality. OXD recently sat down with Mighty Mouse and he lauded us for helping gays discover modern house and disco music. Although he's straight, it's clear from our conversations and the video above that we have yet another ally to add to our ranks.

Plastic Plates (Felix Blosom) is another musican that we have heavily featured, both through our Mirror columns and our 'Party' events at OXD. He's clearly a rising star on the disco and house scenes, a fact that is only supported by his most recent remix for Para One's 'Every Little Thing.' While the original song's quirky vocals and chopped up production made it quite the sleeper hit, (and one of Felix's favorites of 2012) I have to admit I prefer this new update. The vocals are left untouched but the entire production is overhauled in true Plastic Plates fashion creating a work of art that Para One should seriously consider releasing on an official basis.

Two separate Irish artists, Bicep & Ejeca, are no strangers to our column. Their hit collaboration, 'You,' a 90's inspired warehouse-driven track, proved to be quite the late night dancefloor filler when it was released last summer. With this update, the team removes the original's more atmospheric elements and replaces them with classic house pianos. The pulsing basslines and warm piano stylings, are complemented with more full bodied vocals making the song a strong contender to become a summer hit two years in a row.

Spain's Milk & Sugar are celebrating their 15th anniversary of DJing and producing together. You may know them from their 2011 hit "Hey (Nah Neh Nah)". 'Tell Me Why' is the third single off of their anniversary album, 15 Years of Milk & Sugar – One And A Half Decades. Germany's Ben Delay turns the 90's influenced clubanging original song into a much more mellow deep house-oriented affair, perfect for rooptop dancing under a warm starlit sky.