Up To 4 Gay NFL Players 'In Talks' To Come Out At Once: Ayanbadejo - Towleroad Gay News

Brendon Ayanbadejo spoke with the Baltimore Sun after he was cut by the Ravens yesterday, and dropped this nugget: 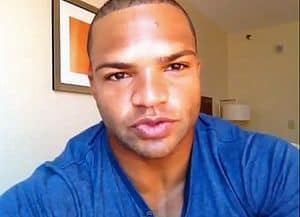 Ayanbadejo, who was given recognition along with Kluwe from former NFL commissioner Paul Tagliabue at the event Thursday night, predicted that more than one player may come out as gay during their playing career. Ayanbadejo said the groundwork is being laid to reduce the pressure on such a player, and said as many as four players could conceivably come out simultaneously.

"I think it will happen sooner than you think," Ayanbadejo said. "We're in talks with a handful of players who are considering it. There are up to four players being talked to right now and they're trying to be organized so they can come out on the same day together. It would make a major splash and take the pressure off one guy. It would be a monumental day if a handful or a few guys come out.

"Of course, there would be backlash. If they could share the backlash, it would be more positive. It's cool. It's exciting. We're in talks with a few guys who are considering it. The NFL and organizations are already being proactive and open if a player does it and if something negative happens. We'll see what happens."