Bryant Huddleston, a single dad and TV Writer and producer in Los Angeles, an alumnus of Sloan-Hendrix High School in Arkansas, says he was disinvited to speak at the school's graduation after school members and Superintendent Mitch Walton discovered he was gay. 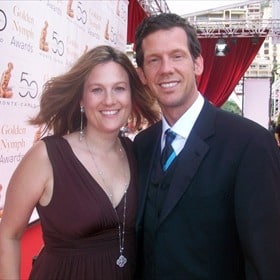 Said Huddleston in a letter:

I am writing to express my disappointment in the Sloan-Hendrix Superitendent’s recent decision to recant his invitation for me to be the keynote speaker at my little sister, Madicyn’s, graduation from Sloan-Hendrix High School this year, based solely on the fact that I am gay.

What baffles me is that he chose to disregard the fact that I grew up in Imboden, and my career accomplishments–KAIT news anchor and reporter, successful television producer in Hollywood, producing shows such as E! News, Access Hollywood, etc., –were dismissed and instead you chose to make me a hot bed controversial issue.

His decision forced the members of the Sloan-Hendrix School Board to vote on my participation but what was equally unfair is that he forced the President of the Board Steve Huddleston (my father), to abstain from voting, thus forcing a tie and then declared there would be “no speaker this year,” ultimately nixing any opportunity to share my pathway to success with the graduates.  Was this in the students’ best interest or is this a decision based on religious beliefs?

Huddleston, who held leadership positions at the school when he attended, ripped the school's decision:

I understand that Mr. Clark and Mr. Murphy both stated there would be "concern from the community" if I were allowed to speak. I'm curious–did you think my speech would have focused on recruiting youngsters and passing out "Go Straight to Gay" cards over sharing the tools that I used to achieve success? You might be surprised to know that "recruitment" does not and never will work. And just for the record, just so we're clear, my words were not going to address a "certain agenda," but I was hoping to empower your students to continue their education. My speech would have also touched on the importance of women, like my sister, who will go out into the world and know that they can now pull their chairs right up to the table of equality. To encourage them that they can no longer sit in the back and let men make the important decisions for them. And for that matter, letting them know that someday a woman or two or three can become a member of the Sloan-Hendrix School Board. After all, there's an opening, since my father will resign from the Board later this month.

I could just sit back and let this slide, but if I did, the discrimination that has taken place here would go unnoticed like it has so many times in history. 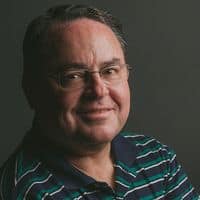 Walton issued a statement in response, saying that Huddleston was never invited:

Sloan-Hendrix has had individuals to speak at graduation in the past. Contrary to what has been said, no invitation was extended this year to anyone. As superintendent, I have the authority to decide about who the speaker will be or whether we have a speaker at all. The school board does not vote on speakers for graduation.

This year, Mr. Steve Huddleston, a board member, suggested his son as a speaker. Bryant Huddleston graduated from Sloan-Hendrix in 1990 and went on to success in the entertainment industry. He was never invited by me to be the graduation speaker. After visiting informally with board members, no agreement was reached as to who should be invited to speak. Therefore, my decision was to do what had been discussed in the past—to discontinue the use of outside speakers and thereby shorten an already lengthy graduation program.

Sloan-Hendrix has exceptional graduates. Graduation this year and in the future will feature only student speakers. Graduation is a celebration of the accomplishments of Sloan- Hendrix students and a time to let those students shine for their families and the community at large. We welcome the presence of everyone in the community to share in this event.